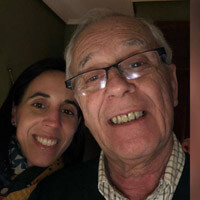 LEGO GBC building has no age-limit. José Fernando de Quintana, also known as Fernando Q, is a more than 70 years old Adult Fan of LEGO (AFOL) and GBC builder! Member from the Spanish LEGO User Group Hispalug, Fernando has started to build GBC modules in 2015, and has never stopped since. He is the co-holder with Fision, another Spanish builder, of the Spain record of the longest GBC module chain (48 modules). Even though he is mainly reproducing GBC modules from other builders (he is a great fan of Akiyuki modules), he is also creating his own LEGO Great Ball Contraptions. You can discover them on Planet GBC or on his YouTube channel. He also reverse-engineered and created free building instructions for a very popular GBC module: the Robot Dreams module from JK Brickworks.

MODULES FROM THIS BUILDER AVAILABLE ON PLANET GBC