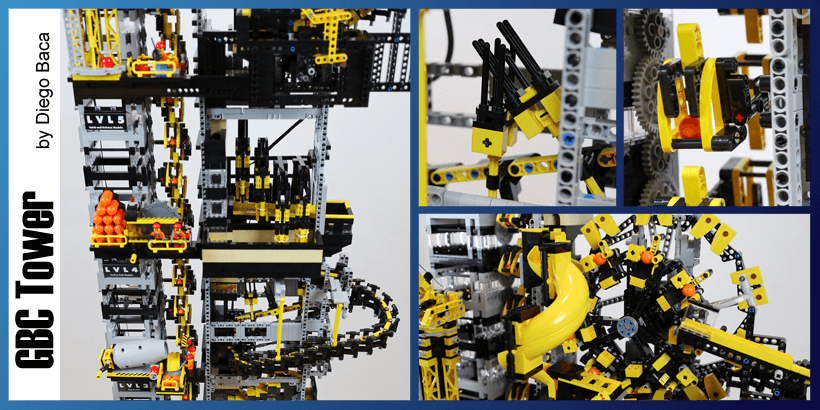 Will you have enough LEGO parts, time and space in your playroom to reproduce this gigantic GBC module? It’s not sure, because Diego Baca’s amazing GBC Tower module is, to my knowledge, the biggest and largest Great Ball Contraption module ever built! This epic building, measuring more than 6 feet high and consisting of more than 14,500 LEGO parts, is a vibrant tribute to Akiyuki’s GBC constructions. But instead of chaining the modules on a horizontal plane, this giant tower stacks them vertically. Diego Baca has done a titanic job here to ensure that the modules flow smoothly, but also by creating the building instructions and 3D modeling of this dizzying construction (available entirely free of charge on his site). One can only remain admiring in front of such an architectural masterpiece, not to be missed under any circumstances.

THIS GBC MODULE IN VIDEOS

Diego Baca interviewed on Beyond the Brick channel about his GBC Tower:

THIS GBC MODULE IN PICTURES