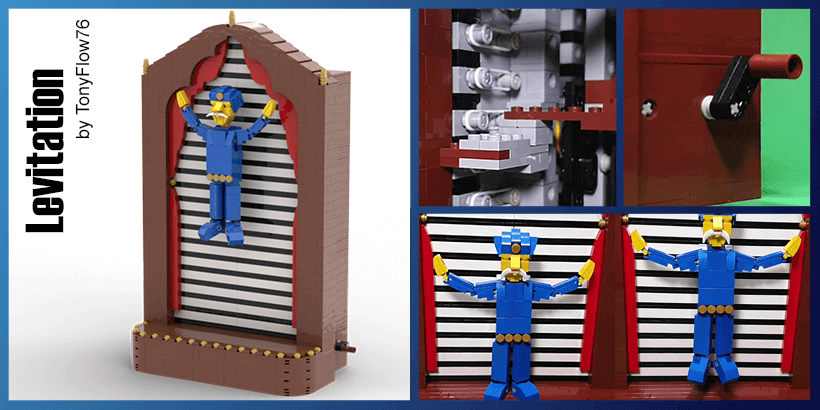 Levitation is a LEGO automaton representing a fakir flying in the air above a beautiful stage. The magic operates 100% with this stunning build as viewers do not see anything else moving onto the stage than this blue fakir. This amazing build hides a sophisticated mechanism to ensure the perfect illusion. The presentation video reveals some of the hidden secrets from this build, but still, watching it live bring the magic and trigger curiosity. After having designed his first flying fakir, TonyFlow76, designer from this MOC, wanted to push the bar higher. He then got the idea for this levitation mechanism. Basically, the crank controls a lift with the fakir attached to one axle. As it moves, two wheels push the sliding wall sections apart just far enough for the axle to slide through, making the support for the fakir almost invisible. This axle also controls a subtle movement of the head and arms to give the figure a bit more panache. Stun your friends thanks to the magic of this build, now available as ready-to-build set or via building instructions.