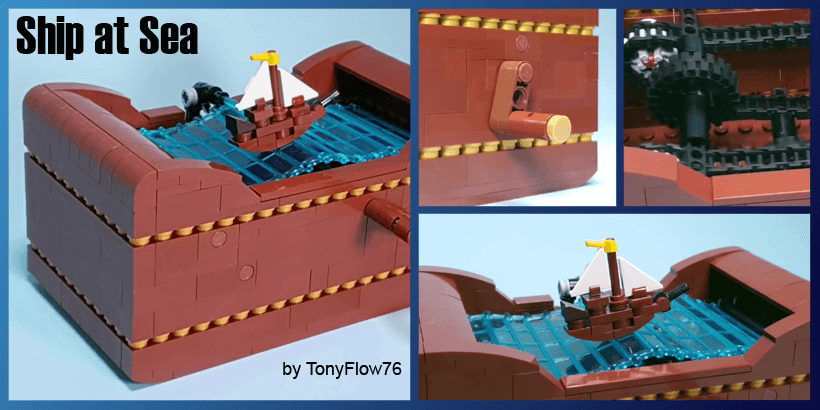 Ship at Sea is a LEGO automaton from TonyFlow76 featuring a tiny ship dancing on the ocean. It uses transparent blue garage door pieces to mimic the water, which are lifted up in sequence by three wheels held by two running chains, creating actual waves. The bouncing ship itself is supported from the back with a simple pivoting system, which has an option to easily adjust how much the ship is able to tilt forward after each wave. TonyFlow76 took his inspiration from automata pioneer and wave-expert Peter Markey this time. I have joined forces with Tony to create a reliable version of this charming model, and instructions that coincide with the launch of the YouTube video, which already largely exceeded a million views !! Bon voyage!