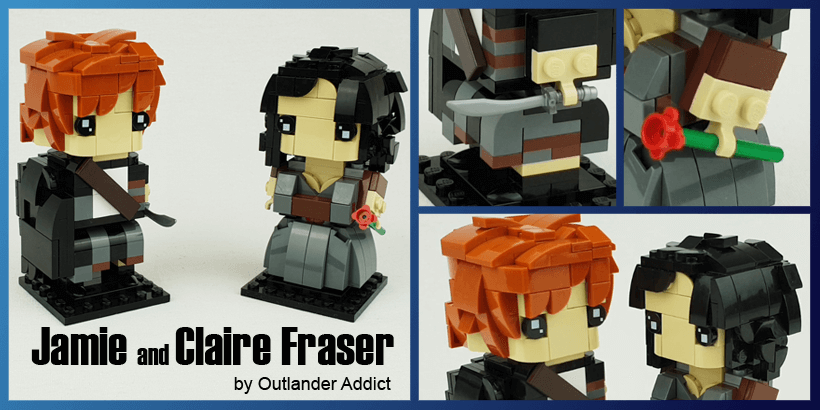 You will love to have this mythical couple on your shelves! Claire Randall Fraser and Jamie Fraser are the heroes of the Outlander series, adapted from Diana Gabaldon’s eponymous novel series. Claire, played on screen by Caitriona Balfe, is thrown in 1743 in Highland Scotland, where she meets and falls in love with Jamie Fraser, played on screen by Sam Heughan. The two characters will evolve together in 18th century Scotland, at the heart of the struggle between Highlanders and English. These two LEGO models represent them as seen in season 1 of the TV series Outlander.

THESE LEGO OUTLANDER MODELS IN PICTURES