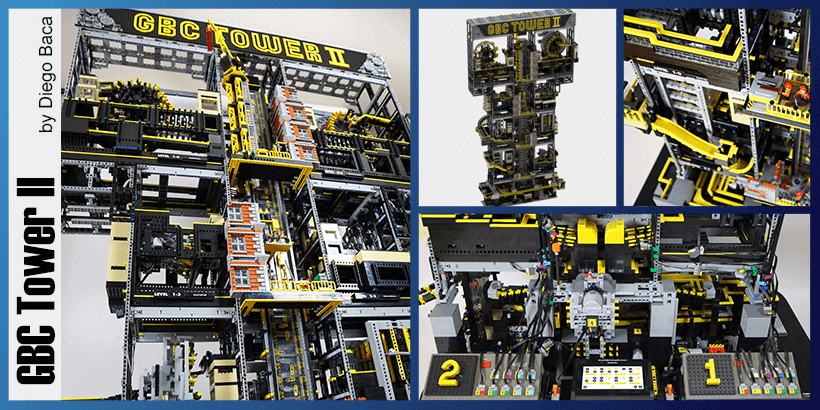 Diego Baca strikes back! His epic GBC Tower 2 is from far the biggest LEGO Great Ball Contraption around worldwide. After his first huge GBC Tower, issued in 2019, we thought he couldn’t do taller. We were definitely wrong: his LEGO Tower II is a more than 2-meters-high mind-blowing gigantic beast which required more than 45500 LEGO bricks to be built ! (i.e. 3 times more than the previous tower…). Diego pilled several GBC modules together to create this titan Lego marble run machine, that he sees as a tribute to Akiyuki and to all the GBC builders in the world. Not only he did this huge build but also produced high-quality (available for free on his website!) building instructions for whoever is brave enough to reproduce his massive masterpiece. If you don’t suffer from vertigo, if your living room has a high enough ceiling and if you have a large budget to spend on LEGOs, don’t hesitate to start building this quite unique construction!

THIS LEGO GBC MODULE IN VIDEOS

GET THE BRICKS YOU NEED TO BUILD THIS GBC MODULE

THIS LEGO MODULE IN PICTURES