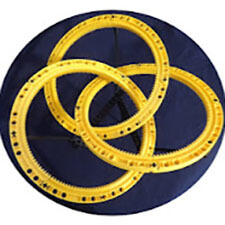 Martin Schwab, aka diamabolo, is a talented LEGO automaton builder from Germany. After extensive playtime in his childhood, this 50 years-old technology teacher rediscovered LEGO in 2020, introducing the LEGO education set (reference 9686) to his students. In this context, he developed various alternative builds and then became instantly fascinated by LEGO Technic, mechanisms and automata.
Diamabolo particularly likes kinetic sculptures, unusual mechanisms and likes to build existing works of art with Lego. He only owns a few Lego Technic parts and even fewer classic Lego bricks and sets. But this is not the only reason why his designs are usually plain, simple and clear: he loves the idea of the classic automata, when everything can be driven with just a hand crank.
His architectural style is also clearly influenced by Yoshihito Isogawa, a popular Japanese LEGO machines’ builder.

LEGO DESIGNS FROM DIAMABOLO NOT TO BE MISSED

The roller coaster tracks are also one of Diamabolo’s favourite play features.

Discover the LEGO designs from diamabolo on his YouTube channel

Discover the LEGO designs from diamabolo on his Instagram page 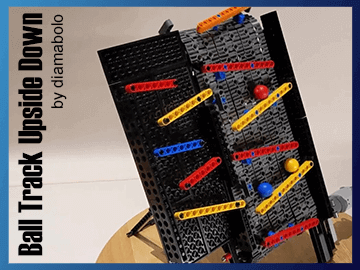