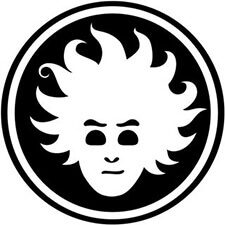 Daniele Benedettelli is an robotics engineer from Italy, known worldwide for his LEGO MINDSTORMS creations (he collaborated with The LEGO Company as programmer to develop the LEGO MINDSTORMS NXT EV3 products in the 2010s and wrote four popular books about educational robotics with LEGO). Daniele is the father of a very long list of stunning LEGO machines (like LEGO RUBIK UTOPIA – the first LEGO MINDSTORMS robot that could solve a 3×3 Rubik’s cube in less than a minute – or CYCLOPS – a complex robot that can walk, gesticulate, talk, act, understand speech and interact with people -) that you can discover on his website or on his Youtube channel. Since 2018, he started building purely mechanical LEGO automata as a form of relief from writing software for robots. His robotics expertise combined with a true sense of aesthetic are leading to truly astonishing LEGO automata, that you can discover on Planet GBC or via his social media.

LEGO AUTOMATA FROM THIS BUILDER AVAILABLE ON PLANET GBC